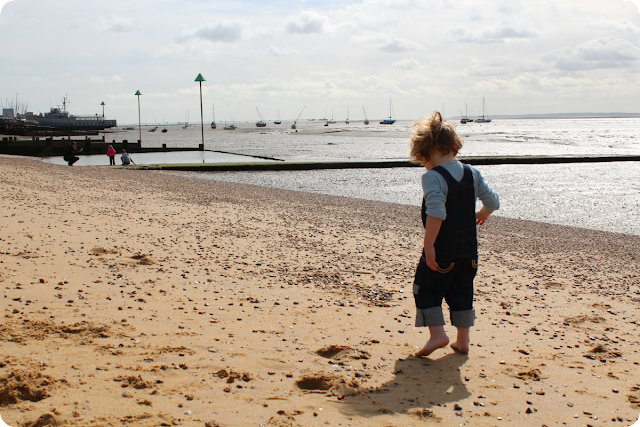 This is the beach at Leigh-on-Sea. Its official name, apparently, is Bell Wharf Beach, but most people just call it Leigh Beach.  It’s not somewhere you’ll be familiar with unless you (a) live in Leigh-on-Sea which is a small town just outside Southend, Essex and (b) you have young children. If you tick both of those boxes, you’ll probably think of Leigh Beach as one of the most perfect places in the world.

There are days, admittedly, like this past weekend, when Leigh Beach can look a bit like this, which isn’t everyone’s cup of tea. 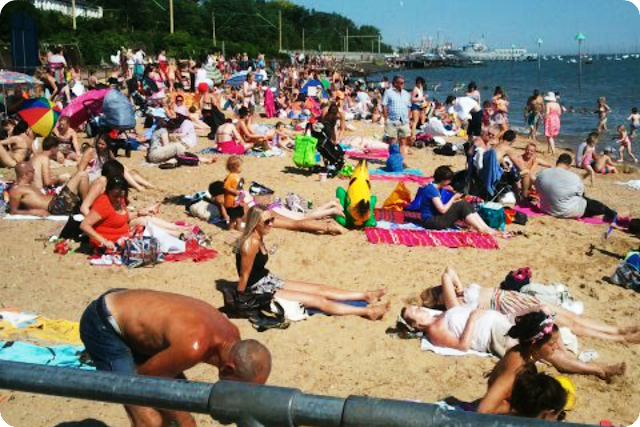 But on the other 364 days of the year, Leigh Beach is forgotten by most people and looks a lot more like this. 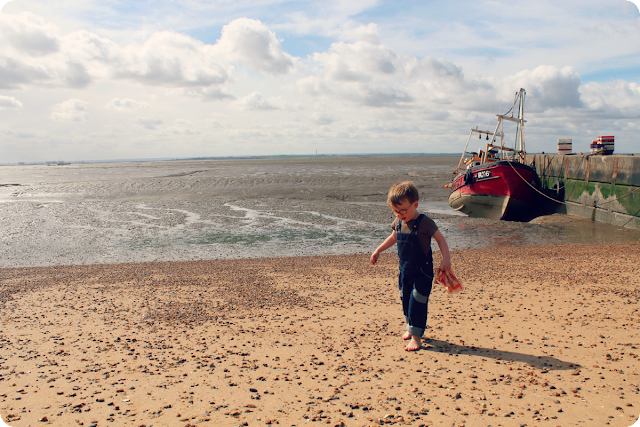 There is the ideal mix of stones for collecting and sand for sand castling.  There is a salt pool for paddling and catching crabs.  There is a sea wall with railings for climbing and jumping off into the sand.  There is the glorious, if somewhat acquired, smell of the local cockles and, when the tide is out, the wonderful Estuary mud.

There are cockle boats to watch as they motor in and out and, on the other side of the Estuary, you can see the factory chimneys and guess how long it would take to swim there.

It is difficult for those who live in Leigh-on-Sea, like many of the Grubbies team, to imagine anywhere in the world that is so perfectly suited to spending a few hours with your children.  Which is presumably why it is utterly unchanged since we ourselves played there two or three decades ago. 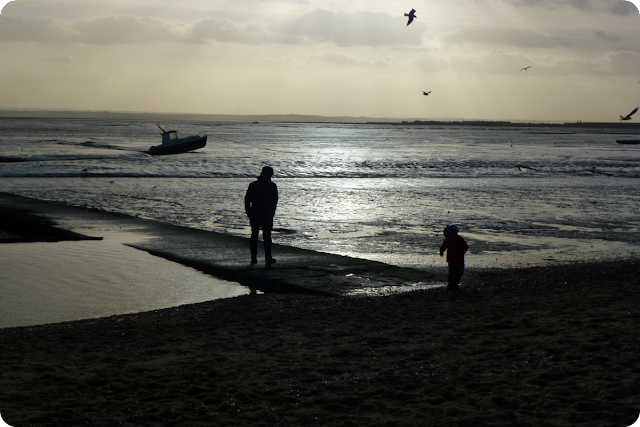 Theme parks, interactive museums, 3D cinemas - they all have their place of course.  And the children are crazy about the deafening and garish surrounds of the soft play centres, even if they seem designed to crush the spirits of the supervising grown-ups.

But, it’s places like Leigh Beach that childhood memories are made of. Unsung and unassuming spots up and down Britain - parks, commons, cafes, duck ponds, woods, village halls, library gardens – all within a mile or two buggy or scooter ride of our homes.

Tell us about your family’s perfect place.  We think it’s about time we started celebrating these local gems and putting them on the map.

Email ThisBlogThis!Share to TwitterShare to FacebookShare to Pinterest
Labels: Inside and Out, Made Great in Britain, Perfect Places